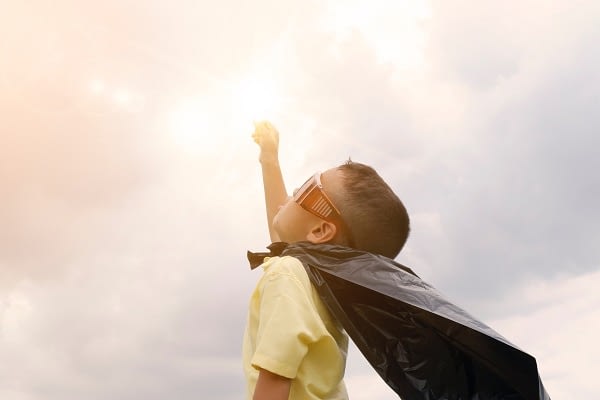 This FedEx driver is being hailed for going above and beyond the call of duty to help out a neighbor during a routine delivery run.

Jodi LaFreniere is a kindergarten teacher who had been away from her home in Manistique, Michigan when the good deed took place last week.

Since her doorbell security camera is activated by motion, she got a notification text on her cell phone about someone approaching her home.

Upon looking at the security footage, she saw a FedEx driver walking a package up to her door. When he caught sight of all the snow on her front stoop, however, he put down the package, grabbed a shovel, and began clearing away the snow.

“Although we see many acts of kindness in the Upper Peninsula, it was still surprising to see that he went the extra step,” LaFreniere told CNN. “I shared it with my coworkers immediately because I couldn’t believe it. It made my day.”

The delivery driver, Melvin J. Marlett, has reportedly been working for FedEx for 23 years. Although LaFreniere is usually never home to greet him during his deliveries, her fiancé says he has shared many delightful conversations with the driver.

LaFreniere later reached out to Marlett and asked for his permission to post the video in hopes that it would hearten others on social media—and her wish has now come true since her Facebook video of the incident has already been viewed more than 57,000 times.

Despite how Marlett humbly insists that he was simply doing his job, he says he is also happy his good deed is having such a positive effect on the internet.